A Master plan for district 22 of Tehran

in collaboration with  Maryam Shaker,Mehrnaz Zarrin

District 22 is located between Tehran and Karaj city with nature of being objective, in large scale it can be considered as an object that has been patched to Tehran and in smaller scale it contains different objects that emphasize on their significant presence. Influence of this district on big city like Tehran in larger scale insists on this nature, but in smaller scale it contains isolated packages that are separated in wide level. Existence of the height contrast also helps to its objective nature. In this district we face with two city flows; one that happen on ground like Tehran another that in different height levels. Tehran city flow is defined with conjunctions and relation of the components and their infiltration on each other but plugged district is defined by pointed flows and isolation of significant packages and its inner relation, where ground is generated in height and horizontal levels are meant to be important. In this district, spots with different programs like isolated packages, are formed with their own specific colonies. Little or big spots with different programs, although for some reasons from aspect of relation and functions they are weak but they have potential to improve. Reasons like being near of highways, being colony and that in this actual condition may be considers as threat but they have chance to become opportunity. Existence of highways near spots with different programs, because of its high acceleration has influence on active neighbors. Decreasing the distances and its repulsion are their potentials. One active body like Azadi stadium, Chitgar park near Tehran karaj highway and from other active side of the Hemmat high way has similar condition. Highways as an object in Tehran breakdown the field of city at their crossings and in district 22 they go from neat of big amount of objects.

Before entering to district 22 we face with city as a field but after entering we are facing with city as an objects. Actually alleys and neighborhoods has no place in this district but its highways and blocks that show themselves. There are no hierarchies, everything is swallowed into the town cities. District 22 is big structure that contains small and large structures that has created specific patterns and networks. Some separated and some continuous. Pointed programs with different strength has defined neutral spots among themselves that create nonfunctional spaces. Because of this matter we can see district as islands that behave different from each other. Emptiness and fullness, working with inside and outside, centered and scattered are mentionable measurements of district. District 22 can be seen as an isolated package that although insists on its isolated and objective nature but from inside has intentions for continuous flows and creating it among its isolated colonies.

District 22 is full of fluctuating points, which are switched on and off atnight by their internal flows. In a district which plays an important transr gional role, time gains importance due to the changes taking place in these points. The second system is designed as a plug-in to shape timed programs, balance fluctuations and direct flows.

The Architecture aspect of this project is based on the Masterplan.So we have temporary structures that host temporary programs 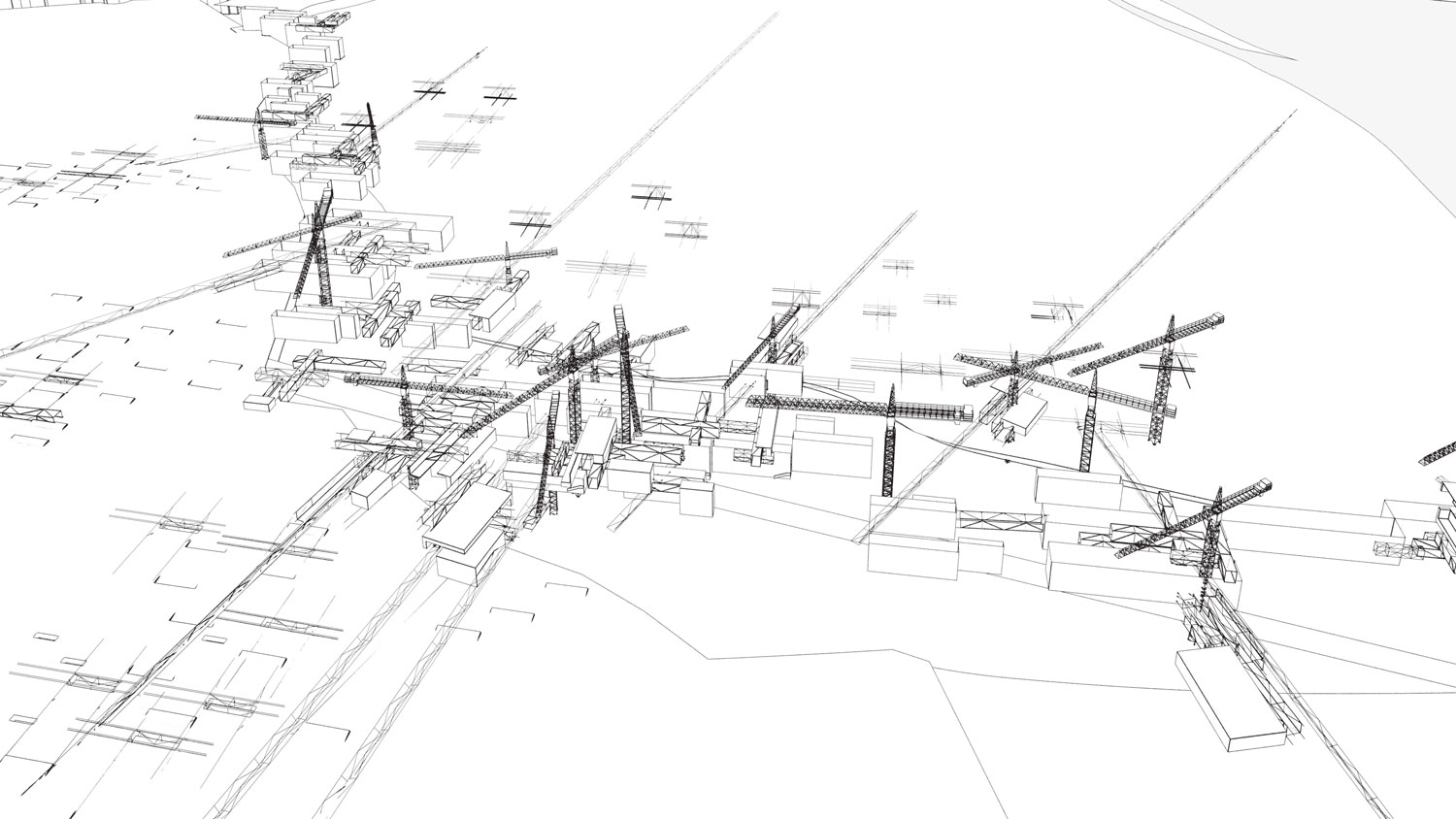 These diagrams designed for analyzing the activate times of programs . Thereby, after x and y shows building plan . And Z is known as active time of building.thus, this diagram can assist us in designing our space between the two programs, in which it converts the «between space» into a program with 24 hours availability 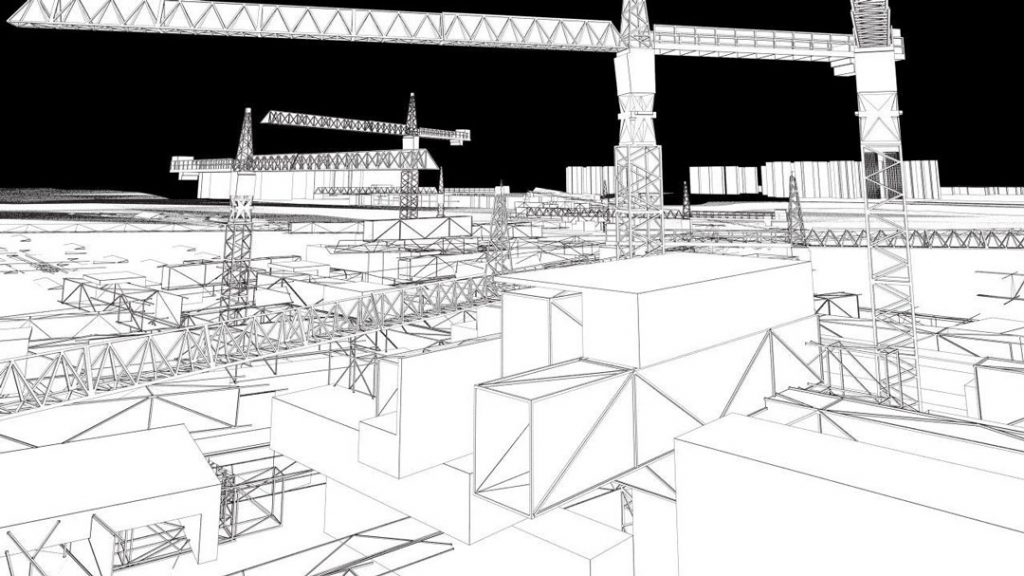 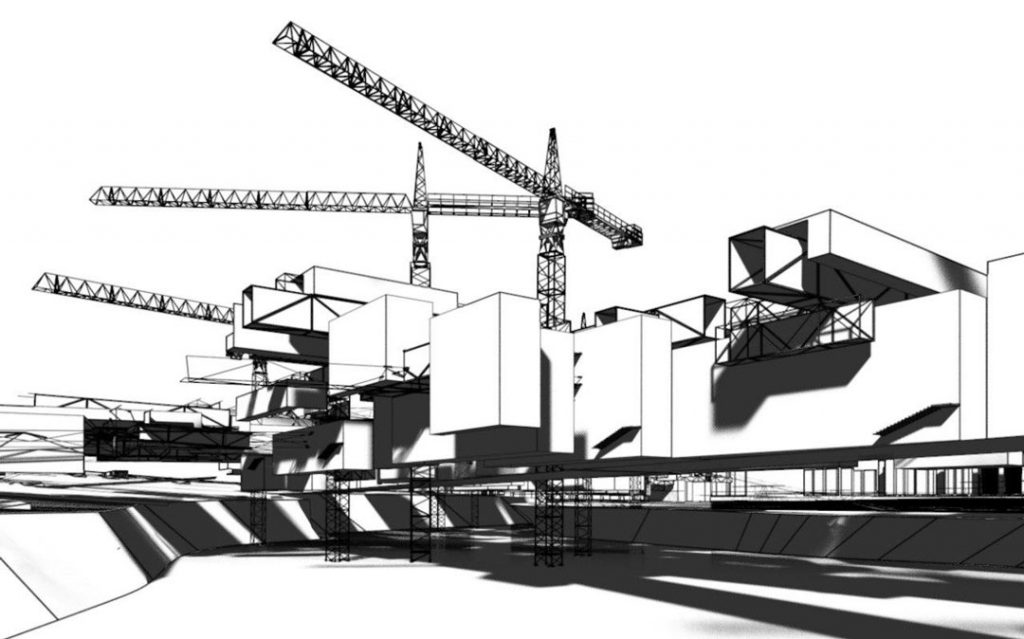